Last weekend Dan and I went out exploring - first to Chiang Kai-Shek Memorial Hall (see my post about it here) and then to a couple of weekend markets.  In between the hall and the markets, we stumbled on a great Shanghai style restaurant and had an amazing lunch. 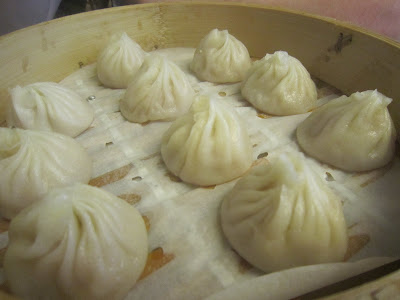 We started with pork steamed dumplings.  The little packets of dough were filled with perfectly salty pork and a lot of juices.  If you set the dumpling in a soup spoon and pierce it before you eat it, the juices run out and you can slurp them up after you eat the dumpling.  It really is delicious. 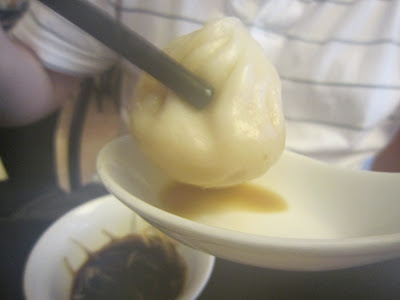 The dumplings were so steamy it was hard to get a good picture
According to Dan, who has been to China (without me), there is a golden ratio for the dipping sauce that goes with the dumplings.  At the table is a container of soy sauce and one of vinegar.  When you order dumplings they bring you a little dish of shaved fresh ginger, to which you add the soy sauce and vinegar.  The golden ratio is 3 vinegar to 1 soy sauce added to as much ginger as you want.  You dip the dumplings in, get a little of the fresh ginger along with it and it all creates a really complex taste; salty pork and soy sauce, sesame oil, a little sourness from the vinegar, and the bite of the ginger.  All with a little chewy dumpling skin.  Perfect. 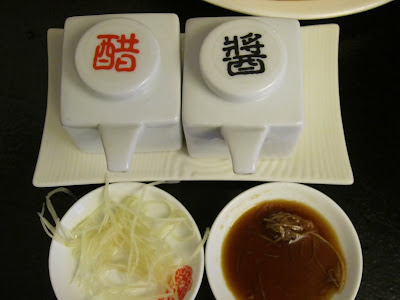 Vinegar on the left, soy sauce on the right.  Ginger and the finished sauce in front.
We also had some great fried chicken pieces in a sweet and sour sauce.  It was a lot like what you might expect to find in a Chinese restaurant in the U.S. although the flavor was a lot more sour, less sweet and sticky.  The peppers and green onion that were sauteed with the chicken really added to the flavor too. 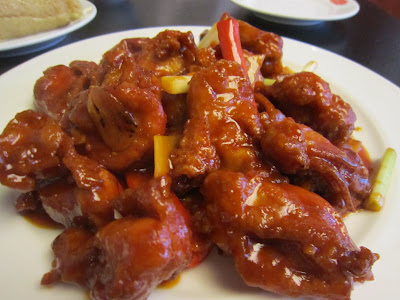 We had what Dan calls an Asian tamale.  We actually don't know what this is called.  It's good though - kind of a sticky glutinous rice surrounding some pork floss.  Tasty. 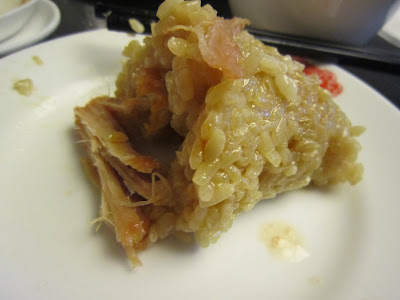 Finally a little soup.  Definitely the most mundane thing we had at this meal.  The broth was tasty, although the noodles were a lot like ramen and the beef was a little chewy.  I'll stick to the dumplings thank you! 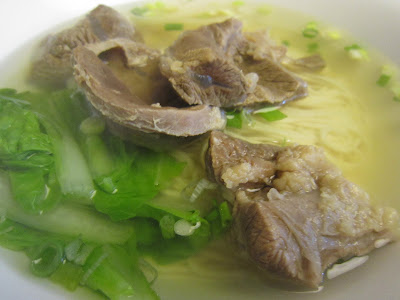 Oh wow! Those dumplings look delicious! I bet it'll be a lot of fun to explore so many new foods.

They really were delicious! I'm having a great time exploring here in Taipei. Thanks for the comment!

Quote of the Week

Cooking is like love. It should be entered into with abandon or not at all. – Harriet Van Horne, Vogue (1956)

Nova Walsh
Nova is a chef, author, and traveler, who is on a mission to find adventure, friends, and the secrets to a happy life.